This weekly meme was created by The Broke and the Bookish. Today’s theme is Top Ten Books Set Outside The US.

I didn’t realise how much of the books I read are set in the US! That is something I need to correct. But luckily there are some books that I enjoyed that take place outside the States.

Zadie Smith’s dazzling first novel plays out its bounding, vibrant course in a Jamaican hair salon in North London, an Indian restaurant in Leicester Square, an Irish poolroom turned immigrant café, a liberal public school, a sleek science institute. A winning debut in every respect, White Teeth marks the arrival of a wondrously talented writer who takes on the big themes —faith, race, gender, history, and culture— and triumphs.

I am a big fan of Zadie Smith writing. They way she portrayed London it this book is very specific and in a very pictorial way – even though the picture is not always pretty. What’s more, this book may be set in London, but shows cultures of so many other countries (that are not the US)

A bold, spellbinding novel featuring one of the most fascinating protagonists in recent memory, Dear Fang, With Love tells the story of seventeen-year-old Vera—ravishing, troubled, wildly intelligent—who travels to Europe with her estranged father, hoping that an immersion in history might help them forget his past mistakes and her uncertain future.

I fell in love with Vilnius when reading this book. I’d love to go there someday and hang out in Užupis. Read my review here.

Girl at War
by Sara Nović 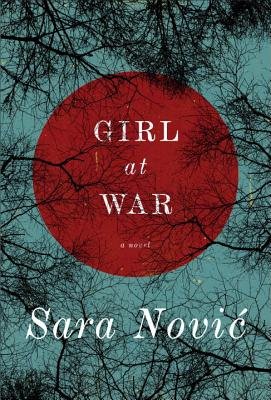 Setting: US and Croatia

Zagreb, summer of 1991. Ten-year-old Ana Juric is a carefree tomboy who runs the streets of Croatia’s capital with her best friend, Luka, takes care of her baby sister, Rahela, and idolizes her father. But as civil war breaks out across Yugoslavia, soccer games and school lessons are supplanted by sniper fire and air raid drills. When tragedy suddenly strikes, Ana is lost to a world of guerilla warfare and child soldiers; a daring escape plan to America becomes her only chance for survival. Ten years later Ana is a college student in New York. She’s been hiding her past from her boyfriend, her friends, and most especially herself. Haunted by the events that forever changed her family, she returns alone to Croatia, where she must rediscover the place that was once her home and search for the ghosts of those she’s lost. With generosity, intelligence, and sheer storytelling talent, Sara Novic’s first novel confronts the enduring impact of war, and the enduring bonds of country and friendship.

As you can see from my rating, this book was not my favourite. But it is a book that I can see many people enjoying. Especially that it was longlisted for the 2016 Baileys Women’s Fiction Prize – there must be a group that considered this a great read. I put the book on my list because it takes place partly in Croatia and tackles a difficult topic of Croatian history.

What Belongs to You
by Garth Greenwell

On an unseasonably warm autumn day, an American teacher enters a public bathroom beneath Sofia’s National Palace of Culture. There he meets Mitko, a charismatic young hustler, and pays him for sex. He returns to Mitko again and again over the next few months, drawn by hunger and loneliness and risk, and finds himself ensnared in a relationship in which lust leads to mutual predation, and tenderness can transform into violence. As he struggles to reconcile his longing with the anguish it creates, he’s forced to grapple with his own fraught history, the world of his southern childhood where to be queer was to be a pariah. There are unnerving similarities between his past and the foreign country he finds himself in, a country whose geography and griefs he discovers as he learns more of Mitko’s own narrative, his private history of illness, exploitation, and want.

Beautifully written story. Sad and poetic. Some descriptions are very raw; the author was not trying to pretty things up. And that makes this book great. Highly recommended! Reading the story you will be able to feel the hotness of Bulgarian summer.

The Summer Before the War
by Helen Simonson 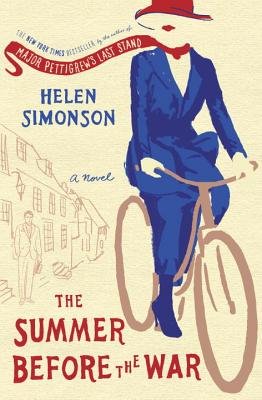 Set in summer of 1914 in the village of Rye, England. Beatrice Nash, a young woman of good family, arrives as the first female candidate to teach Latin in the local school, and over the course of the novel she and the nephew of her sponsor fall in love.

The book seems to follow a very familiar path of period historical books and TV series, but this is just what I was expecting, and I enjoyed it. I’d recommend it to all the lovers of very British language and those who are interested in lives of people before and during the war, no matter how unrealistic those lives may seem.

A Brief History of Seven Killings
by Marlon James 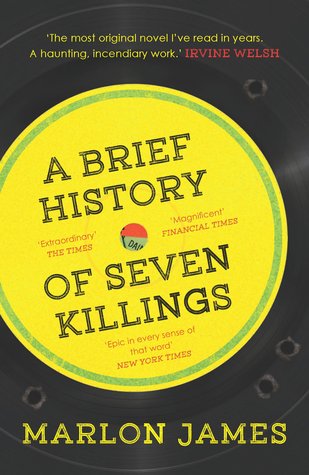 A Brief History of Seven Killings delves deep into that dangerous and unstable time in Jamaica’s history and beyond. James deftly chronicles the lives of a host of unforgettable characters – gunmen, drug dealers, one-night stands, CIA agents, even ghosts – over the course of thirty years as they roam the streets of 1970s Kingston, dominate the crack houses of 1980s New York, and ultimately reemerge into the radically altered Jamaica of the 1990s. Along the way, they learn that evil does indeed cast long shadows, that justice and retribution are inextricably linked, and that no one can truly escape his fate.

A very intense story with a Jamaica in the heart of it. It was hard for me to get into this book, but when I finally got it, I loved it.

The Luminaries
by Eleanor Catton 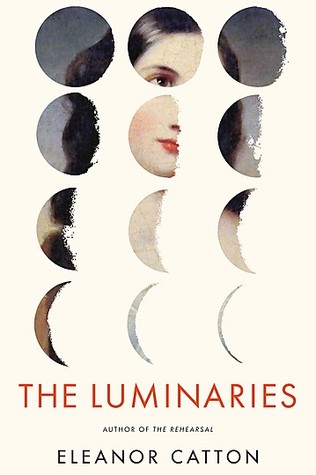 It is 1866, and Walter Moody has come to stake his claim in New Zealand’s booming gold rush. On the stormy night of his arrival, he stumbles across a tense gathering of 12 local men who have met in secret to discuss a series of unexplained events: a wealthy man has vanished, a prostitute has tried to end her life, and an enormous cache of gold has been discovered in the home of a luckless drunk. Moody is soon drawn into a network of fates and fortunes that is as complex and exquisitely ornate as the night sky.

Richly evoking a mid-nineteenth-century world of shipping, banking, and gold rush boom and bust, THE LUMINARIES is at once a fiendishly clever ghost story, a gripping page-turner, and a thrilling novelistic achievement. It richly confirms that Eleanor Catton is one of the brightest stars in the international literary firmament.

If you already read this book – congratulations! It is a scary looking book with over 800 pages. If you are still unsure whether to read this book, I highly recommend reading it. It is a great story, something different from all the other books. 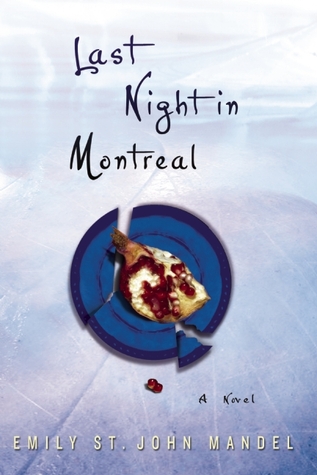 Lilia Albert has been leaving people behind her entire life, ever since her father showed up and absconded with her one snowy morning. Now, she finds it impossible to stop. Haunted by an inability to remember her early childhood, she moves restlessly from city to city, abandoning lovers along the way yet still trailed by the private detective who has pursued her for years. Still, when her latest lover follows her from New York to Montreal, determined to learn her secrets, the past threatens to catch up with her.

A lovely, climatic read set in Montreal, Canada. So close to the States and so far away at the same time. 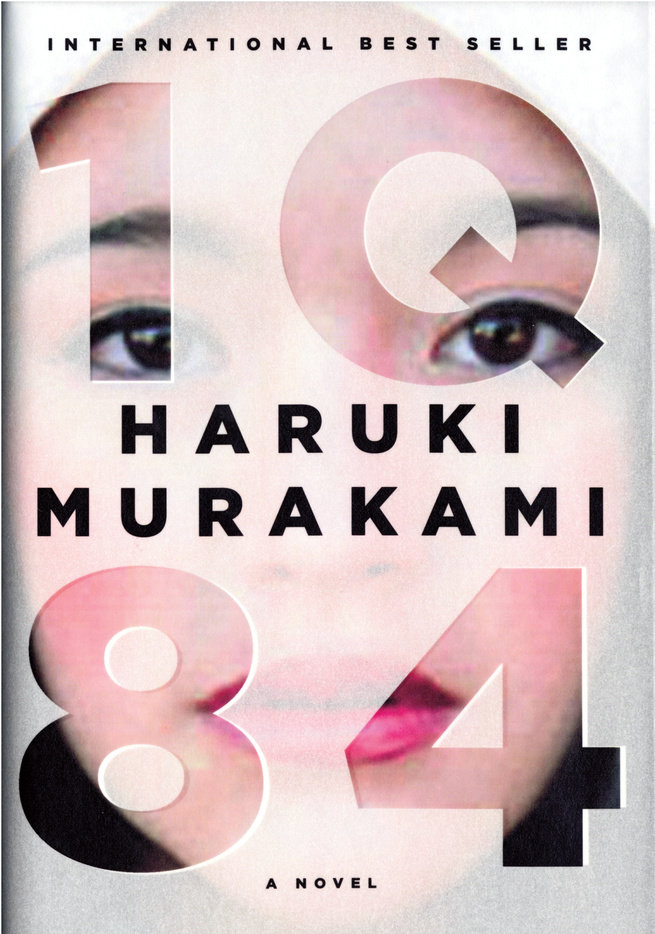 A young woman named Aomame follows a taxi driver’s enigmatic suggestion and begins to notice puzzling discrepancies in the world around her. She has entered, she realizes, a parallel existence, which she calls 1Q84 —“Q is for ‘question mark.’ A world that bears a question.” Meanwhile, an aspiring writer named Tengo takes on a suspect ghostwriting project. He becomes so wrapped up with the work and its unusual author that, soon, his previously placid life begins to come unraveled.

A love story, a mystery, a fantasy, a novel of self-discovery, a dystopia to rival George Orwell’s—1Q84 is Haruki Murakami’s most ambitious undertaking yet: an instant best seller in his native Japan, and a tremendous feat of imagination from one of our most revered contemporary writers.

Another long read, it is divided into three books, but I read it all at once. Magical realism with a Japan culture at its best.

THE SHADOW OF THE WIND
BY CARLOS RUIZ ZAFÓN 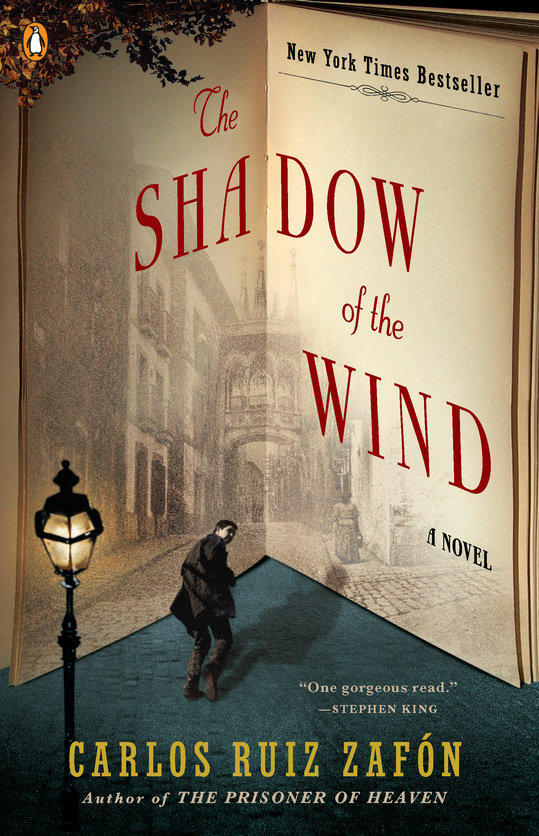 Barcelona, 1945: A city slowly heals in the aftermath of the Spanish Civil War, and Daniel, an antiquarian book dealer’s son who mourns the loss of his mother, finds solace in a mysterious book entitled The Shadow of the Wind, by one Julián Carax. But when he sets out to find the author’s other works, he makes a shocking discovery: someone has been systematically destroying every copy of every book Carax has written. In fact, Daniel may have the last of Carax’s books in existence. Soon Daniel’s seemingly innocent quest opens a door into one of Barcelona’s darkest secrets–an epic story of murder, madness, and doomed love.

Anything from my list that you found interesting? How many books from the list did you read? Is anything going to you TBR list? What is your favourite book set outside of the US? Did any book make you want to travel to a place you didn’t even know existed?

Icons made by Freepik from www.flaticon.com is licensed by CC 3.0 BY

13 thoughts on “TOP TEN TUESDAY: Ten Books Set Outside The US”